Malaga is the second most important city in the Autonomous Community of Andalusia, Spain.

This city, which is the capital of the homonymous province, is located in the south of the Iberian Peninsula, in the west extreme of the Mediterranean, and is considered the capital of the Costa del Sol, a conurbation that also includes cities like Marbella.

Like other Andalusian cities, the history of Malaga is very interesting. Although it was founded by Phoenicians, it was also the territory of the Romans and later of the Muslims, until, in 1487, it was conquered by the Spanish Catholic Monarchs.

Its location in the centre of a bay surrounded by mountains gives Malaga some of the most beautiful landscapes in all of Spain. This city is a very complete destination, with beaches, mountains and parks for all tastes.

Therefore, in Malaga, you can find attractions that go from an ancient Roman theatre to the alcazaba, an imposing palatial fortress that resembles Granada’s Alhambra.

Malaga’s cultural movement is one of its many charms. Being the birthplace of Picasso, the city houses a museum dedicated to his works and the house where the artist grew up, in addition to other venues dedicated to art such as the Pompidou Art Centre, and the Carmen Thyssen Museum.

When choosing the best time to travel to Malaga, you have to know that weather in the city is divided between mild winters and very hot and humid summers. If you want to enjoy beaches such as La Malagueta and outdoor activities, summer is a good option, but it must be taken into account that it is also the high season and, therefore, it is advisable to book accommodation in advance, as the hotels usually fill up quickly for those dates.

To move through Malaga, you can choose between buses and taxis. However, it is a small, pedestrian-friendly city, so walking is an excellent option when it is not too hot.

Malaga has the Malaga-Costa del Sol Airport, located 8 kilometres from the city centre and with connections to other cities in Spain and countries such as Italy, Morocco, Portugal, the Netherlands and Norway. This air terminal connects with the Downtown area via commuter trains.

Here’s a guide with the best areas to stay in Malaga, Spain.

The Best Areas to Stay in Malaga

Malaga City Centre is the heart of the city and is home to most of its most important attractions, including the Alcazaba, the Roman theatre, the cathedral, the Picasso Museum and the Carmen Thyssen Museum.

This is also the best area to stay in Malaga for shopping, as it is where Calle Larios (Larios Street) is, surrounded by department stores, boutiques and souvenir shops. Also, the decoration of this street during celebrations such as Carnival, Easter and Christmas is already famous and Instagram-friendly.

The alleys in the centre of Malaga are home to a large number of restaurants where you can taste excellent Andalusian cuisine, as well as terrace bars and fast food chains.

Staying in the centre of Malaga allows you to choose between luxury hotels, pensions, B&Bs, business hotels, hostels and more.

This is one of the best areas to stay in Malaga regardless of the reason for the trip since it is also close to La Malagueta beach.

Malaga City Centre connects with other neighbourhoods of the city through buses and with the airport, Torremolinos and Fuengirola by commuter trains.

Why is this a recommended area to stay in Malaga:

Soho is one of the coolest neighbourhoods in Malaga and is located south of the Downtown area, in a very central location

Soho is known as the “neighbourhood of the arts” for its museums and galleries that include the Malaga Centre for Contemporary Art and the Malaga Arte Urbano Soho gallery (MAUS), dedicated to graffiti.

This charming area has the best transport connections since it is very close to the Malaga Centro Alameda station, from which you can catch the train to the airport and nearby cities such as Torremolinos or Fuengirola. The bus terminal is also located here.

Soho is one of the best areas to stay in Malaga because it is one of the quintessential hipster neighbourhoods in the city, and for having accommodation of all kinds, especially boutique-type hotels.

Furthermore, this district is very pedestrian-friendly, has many restaurants and cafes and is close to La Malagueta beach.

La Malagueta is the most popular beach in the city and, therefore, this is the best area to stay in Malaga during the summer.

Located to the southeast of the centre of Malaga, La Malagueta offers a beach surrounded by bars where you can try some of the best fried fish in the city, as well as high-end Andalusian cuisine restaurants.

La Malagueta is located just a few minutes from Muelle Uno, a promenade full of shops, bars and restaurants that is one of the main attractions of the city.

This neighbourhood is one of the best areas to stay in Malaga for a romantic getaway since the views around here at sunset are simply stunning.

Apartments are the most common accommodation option in La Malagueta, but you can also find luxury hotels and hostels in the area.

To move from La Malagueta to other areas of Malaga, you can choose between bus or taxis.

El Palo is another one of the beach areas of Malaga.

El Palo is eight kilometres east of the city centre.

Unlike La Malagueta, El Palo maintains some of its traditional fishing neighbourhood atmosphere.

Therefore, this is a good area to stay in Malaga if you want a more authentic experience, away from the tourist areas and the bustle of the city centre.

The biggest advantage of staying in this area of ​​Malaga is that it has sea views and cheaper hotels than those found in central neighbourhoods.

Likewise, the beach in this neighbourhood also has beach bars and restaurants of all kinds.

This area connects with the rest of Malaga via bus.

Pedregalejo is part of the East Malaga district, located 5 kilometres from the city centre, next to El Palo, and is an old fishing neighbourhood that connects to the rest of the city by bus.

This neighbourhood has tapas bars that make it one of the best areas to stay in Malaga for foodies.

Likewise, the area’s beach is known for its beach bars that offer grilled sardines and other typical delicacies.

Accommodation in Pedregalejo is divided into villas, pensions, some hostels and many tourist apartments with excellent views.

This is one of the best areas to stay in Malaga if you are looking for tranquillity and good costs during your stay, but without straying too far from the city centre and the main attractions of this beautiful Andalusian city. 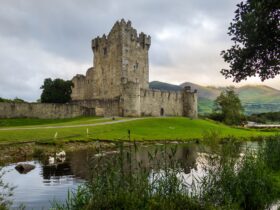 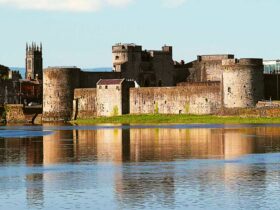 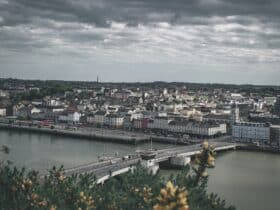 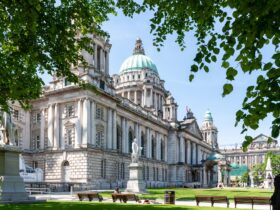 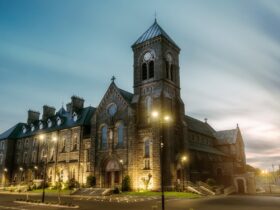 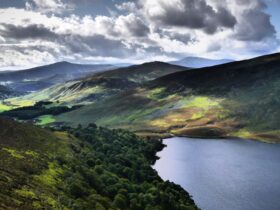 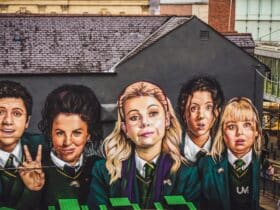