Toronto is the capital of the Ontario province and is in the Southeastern part of Canada. This cosmopolitan city is famous for being the most populous in Canada and for its skyline, with iconic landmarks like the CN tower creating a beautiful contrast against Lake Ontario. Still, it is such a big city that you’ll need help choosing where to stay in Toronto, but we’re here to guide you!

The CN Tower is Toronto’s most important attraction. The tower is 1,815.3 feet (553.3 m) high, and it’s the second-tallest free-standing structure in the world, after the Burj Khalifa. Inside the building, you’ll find the Ripley Aquarium of Canada and an observation deck with the best views of Toronto.

When it comes to cultural attractions, the city has the largest museum in Canada, the Royal Ontario Museum, as well as several art galleries.

As for the climate, summers in Toronto are usually very humid due to its location next to Lake Ontario. Winters are cold but milder than in other Canadian cities. The best time to visit Toronto is during the summer, if you don’t mind its humidity. Summer is also Toronto’s high season.

Toronto Pearson is the city’s main airport, and it is 14.0 miles (22.5 km) northwest of Downtown Toronto. Toronto Pearson International Airport is the primary hub of Air Canada and connects with different destinations worldwide. To get to the airport from Toronto and vice-versa, you can choose between taxis, buses, and trains.

Public transportation in Toronto is very efficient, and it includes a metro system with two lines that connect its peripheral areas with the most central neighborhoods. There are also buses, commuter rails, and taxi services to move around the city.

Still, to be able to visit the city’s neighbouring cities and natural attractions, it may be a good idea to rent a car in Toronto.

Being a large city, it is difficult to choose which are the best locations to stay in Toronto. However, the downtown area stands out for its excellent public transport connections and lively nightlife See accommodation in Downtown Toronto. On the other hand, North York is a good accommodation option if you travel with a tight budget See hotels in North York.

Here’s a guide with the best areas to stay in Toronto, Canada.


This 5-star hotel, part of the Marriott family of hotels, combines elegance with modern amenities. It is located in the centre of the financial district and 1.3 km from the CN Tower. It features a full-service spa and spacious rooms with stunning Toronto skyline views.

The Best Areas to Stay in Toronto, Canada

The Downtown area is the best place to stay in Toronto for sightseeing and nightlife. Here, you’ll find the most important attraction of the city: The CN Tower, which houses the Ripley Aquarium.

When the sun goes down, Downtown Toronto hosts shows with live music, Broadway-style plays, and parties for all types of audiences. The gay area of Toronto is also located within the downtown district.

This is also the best area to stay in Toronto for shopping because of malls like the Eaton Centre. Likewise, there are many dining options available in the financial district, so there’s something for all kinds of foodies in this part of town.

As it is an area of great tourist, commercial and financial importance, Downtown Toronto connects with the rest of the city through two lines of light rail, metro, and several bus lines.

When it comes to accommodation, you’ll find a huge variety of options in this area. This includes luxury hotels, business hotels, hostels and pensions.

Harbourfront is an exclusive luxury area located south of the Entertainment District. As such, there are several upscale hotels and restaurants in this district.

Harbourfront is a modern area that has many green spaces for outdoor activities. It is also close to Lake Ontario.

Here, you’ll find the Jack Layton ferry terminal, which connects to the Toronto Islands (located on Lake Ontario). In addition, Harbourfront has different bus lines to go to the Downtown area and other neighbourhoods in the city.

Other transportation options in Harbourfront are tram and metro.

When it comes to cultural attractions in the area, Harbourfront Centre stands out because it hosts events and festivals throughout the year. Harbour Centre is also a great nightlife alternative with live performances, DJs and theme parties.

Harbourfront is one of the best areas to stay in Toronto to discover the most exclusive side of the city.

West Queen West is a modern and art-filled neighbourhood, as well as a very busy area all year round, thanks to its leisure offer.

West Queen West is full of nightclubs, bars, and cafes, as well as live music venues that host concerts on a regular basis.

This neighbourhood is listed as one of the most stylish districts in the world by magazines like Vogue because of its galleries, avant garde restaurants and designer boutiques.

Public transport in West Queen West is covered by the metro, with stations like Queen and the Osgoode. This neghbourhood is also connected bu tram and bus.

Queen West is one of the best areas to stay in Toronto because it is also cheaper than other districts of the city. Still, you’ll find hotels of all kinds in this district.

As its name suggests, the Fashion District is the trendiest area in the city, and one of the best locations to stay in Toronto.

Located near the centre of the city, the Fashion District has a large number of shops, and exclusive cafes.

The Fashion District houses international and local designer stores. Therefore, it is one of the best areas to stay in Toronto for shopping.

The graffiti-covered streets of the Fashion District also host events and festivals regularly in its many clubs and bars.

The Fashion District connects with the rest of Toronto by the metro.

Fashion District is one of the best areas to stay in Toronto to get familiar with the city’s cultural scene.

North York is considered the “geek area” of Toronto because it houses a large number of companies dedicated to the development of new technologies.

Located north of the city, North York has a large range of hotels, especially for business travellers who plan to stay for a short period of time in Toronto.

This area connects with the rest of the city via line 1 of the tram.

In addition to being a technological centre, North York stands out for its restaurants, shops, and cafes, where you can enjoy a late-afternoon cocktail or a dine.

North York is recommended as one of the best areas to stay in Toronto because it is away from the hustle and bustle of the Downtown and, therefore, has cheaper accommodation options.

Scarborough is a neighbourhood with many shops and one of the best gastronomic offers in Toronto.

Scarborough has attractions such as Rouge Park and the lake in Scarborough Bluffs, ideal for swimming during the summer. Thus, this is a great area for outdoor activities

Likewise, this area is excellent for family trips, as it has the Scarborough Town Centre, one of the largest shopping centres in Canada, with movie theatres, arcades, and entertainment for all ages.

This district also has its own walk of fame, a tourist attraction reminiscent of Hollywood’s famous walk.

Scarborough is one of the best places to stay in Toronto because of its open spaces and access to other districts through public transport.

Bloor-Yorkville is a neighbourhood full of life and energy, both during the day and at night.

Within this area is the famous Bloor street, which crosses. This street is known as the “Mile of Fashion” due to its many, many stores and shops.

Another thing that makes this area special is its Victorian houses turned into charming cafés.

Because it is an exclusive area in Toronto, Bloor-Yorkville houses luxury hotels, but there are also other more affordable accommodation options.

Although shopping is considered the main activity of Bloor-Yorkville, you can also visit the galleries and museums in the area.

During the famous Toronto International Film Festival, this area is one of the busiest, so it is recommended to book accommodation in advance.

Bloor-Yorkville is one of the best areas to stay in Toronto because it’s easy to get around on foot and is one of Toronto’s hipster neighbourhoods par excellence.

The Toronto Pearson International Airport area is another one of the best areas to stay in Toronto for business trips.

The airport is located 32km from the city centre and is the busiest air terminal in Canada, with flights to many international destinations.

Getting to other areas from the airport is possible through several bus stops, taxi services and metro lines.

The restaurants and markets in the Toronto Pearson Airport area are recommended for those visiting Toronto during a short stay. However, to taste the best gastronomy in the city, you should move to other areas..

Also, one of the main advantages of staying here is the different accommodation options available.

SEE ALL ACCOMMODATION IN THIS AREA
What is the best area to stay in Toronto?

The best location in Toronto is Downtown. This area combines shopping, business, sightseeing, and nightlife. So, there’s something for everyone in Downtown Toronto! Likewise, this district has great public transport connections to move to other neighborhoods.

What is the best area to stay in Toronto with kids?

The best place to stay in Toronto for a family trip is downtown. Downtown Toronto hosts the most iconic attractions of the city, like the CN tower. The beautiful Inner Harbour is also located in the area and is perfect for quality family time. You can move around downtown on foot, but it also has great public transport connections.

What is the best location in Toronto for nightlife?

Toronto has one of the most bustling nightlives in Canada. Thus, choosing where to stay in Toronto for clubbing will depend on your taste. To discover the city’s most trendy side, you could stay in Midtown Toronto or the Fashion District. Meanwhile, Yorkville has many hipster bars, and Downtown Toronto has several gay clubs.

What is the best area in Toronto for LGBT travelers?

Toronto is one of the friendliest cities for the LGBT community in North America. So, you could, pretty much, stay in any area of Toronto. But, if you want to be closer to the gay bars, clubs, shops, and hotels stay downtown.

What is the best area to stay around Toronto?

If you want to save money on accommodation, you could stay in other cities in the Toronto metropolitan area. Cities like Brampton, Mississauga, and Oshawa are all good places to stay. 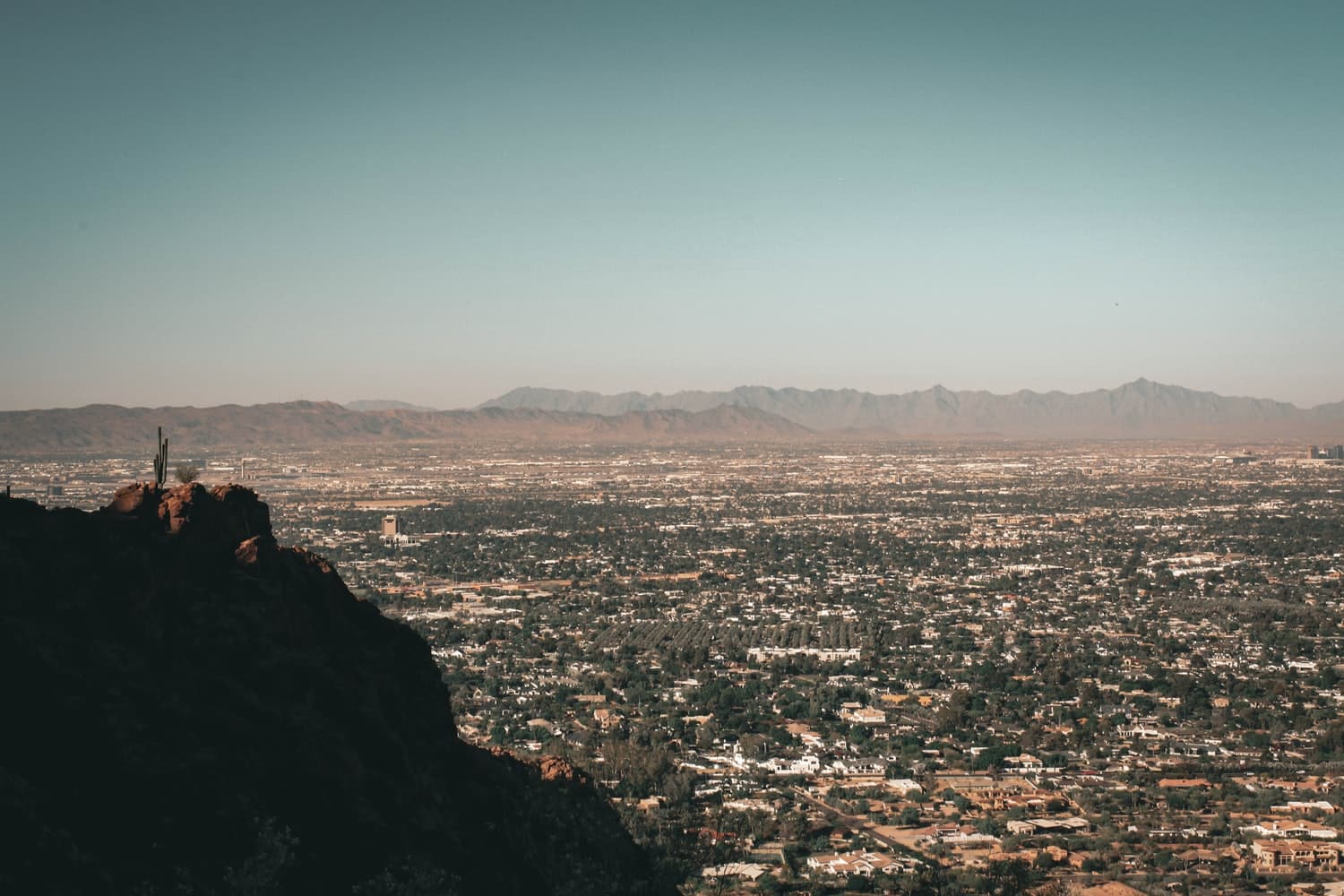